In this charming Christmas story for children, Christmas at Fezziwig’s Warehouse you’ll discover lots of interesting situations and twists. As an iconic novelist, Charles Dickens has a talent for writing children’s book and Christmas stories I’m sure will please you and your child.

And remember the reason for the Christmas season this year! Now, let’s visit Christmas at Fezziwig’s Warehouse by Charles Dickens.

A Holiday Tale – Christmas at Fezziwig’s Warehouse by Charles Dickens

“Yo Ho! my boys,” said Fezziwig. “No more work to-night! Christmas Eve, Dick! Christmas, Ebenezer! Let’s have the shutters up!” cried old Fezziwig with a sharp clap of  his hands, “before a man can say Jack Robinson. . . .”

“Hilli-ho!” cried old Fezziwig, skipping down from the high desk with wonderful agility.  “Clear away, my lads, and let’s have lots of room here! Hilli-ho, Dick! Cheer-up, Ebenezer!”  Clear away!

There was nothing they wouldn’t have cleared away, or couldn’t have cleared away with old Fezziwig looking on. It was done in a minute. Every movable was packed off, as if it were dismissed from public life forevermore; the floor was swept and watered, the lamps were trimmed, fuel was heaped upon the fire; and the warehouse was as snug, and warm, and dry, and bright a ballroom as you would desire to see on a winter’s night.

In came a fiddler with a music book, and went up to the lofty desk and made an orchestra of it and tuned like fifty stomach-aches. In came Mrs. Fezziwig, one vast substantial smile. In came the three Misses Fezziwig, beaming and lovable. In came the six followers  whose hearts they broke. In came all the young men and women employed in the business.

In came the housemaid with her cousin the baker. In came the cook with her brother’s particular friend the milkman. In came the boy from over the way, who was suspected of not having board enough from his master, trying to hide himself behind the girl from next door but one who was proved to have had her ears pulled by her mistress; in they all came, anyhow and every how.

Away they all went, twenty couple at once; hands half round and back again the other way; down the middle and up again; round and round in various stages of affectionate grouping, old top couple always turning up in the wrong place; new top couple starting off again, as soon as they got there; all top couples at last, and not a bottom one to help them.

When this result was brought about the fiddler struck up “Sir Roger de Coverley.”

Then old Fezziwig stood out to dance with Mrs. Fezziwig. Top couple, too, with a good stiff piece of work cut out for them; three or four and twenty pairs of partners; people who were not to be trifled with; people who would dance and had no notion of walking.

But if they had been thrice as many—oh, four times as many—old Fezziwig would have been a match for them, and so would Mrs. Fezziwig.

As to her, she was worthy to be his partner in every sense of the term. If that’s not high praise, tell me higher and I’ll use it.

A positive light appeared to issue from Fezziwig’s calves. They shone in every part of the dance like moons. You couldn’t have predicted at any given time what would become of them next.

And, when old Fezziwig and Mrs. Fezziwig had gone all through the dance, advance and retire; both hands to your partner, bow and courtesy, corkscrew, thread the needle, and back again to your place; Fezziwig “cut”—cut so deftly that he appeared to wink with his legs, and came upon his feet again with a stagger.

When the clock struck eleven the domestic ball broke up. Mr. and Mrs. Fezziwig took their stations, one on either side of the door, and shaking hands with every person individually, as he or she went out, wished him or her a Merry Christmas!

Not sure I understood all this Christmas story, did you? But, you must admit it carries a bit of charm in the way it reads, doesn’t it? So goes the “Christmas at Fezziwig’s Warehouse” tale. Dickens writes more so look ’em up!

If you enjoy wall art prints to hang for the holidays, please visit my gallery by clicking on the picture below.. 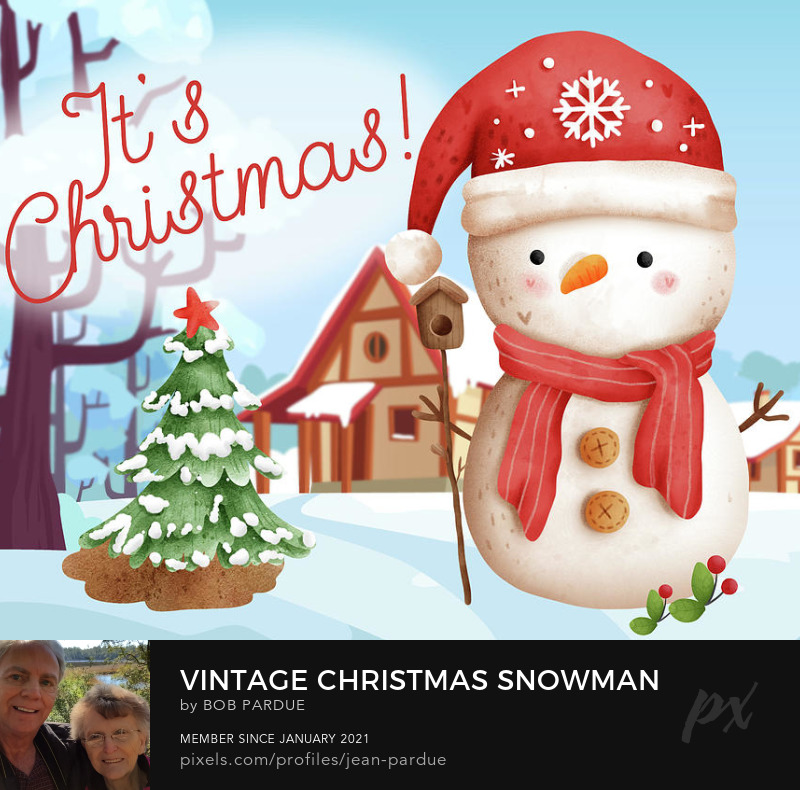 If you’re in the Christmas spirit, read another Christmas story “The Fir Tree” or listen as The Raleigh Ringers hand bell orchestra performs “Sleigh Ride”.

Search the Books of the Bible